In 2007, Summit Woods Baptist Church adopted a new Constitution and By-Laws which implemented an elder-led form of church polity. In 2009, the first elders were chosen by the congregation and began serving. Building on this necessary and biblical approach to church polity is a constant prayerful mindset and quest for the existing elders. One of the most important priorities of virtually every elders’ meeting is our seeking God’s direction in recommending men who would serve as new elders.

After much time in prayer and conversation, the elders of Summit Woods joyfully recommend Brett Harris to be affirmed by the congregation as elder.

Brett was born and raised near Buffalo, NY. Shortly before his senior year in high school, GM shut down the Chevrolet plant where his dad worked and they gave him the option to go to Louisiana or Kansas City, so they moved to Blue Springs, MO in May, 1984.

The Lord saved Brett at 21. After dropping out of college, he worked for a small manufacturing company that made restaurant booths. The man that he worked with was a believer and shared Christ with him over several months. Eventually, Brett found himself talking to the pastor of Bethel Baptist Church in Independence about what it meant to follow Christ.

Brett returned to college, graduating with a bachelor's degree from Central Missouri State University. It was there that he met the woman who would become his my wife - Julie. They have been married since May 1992 and have three children - Wes, Maggie, and Claire.

Brett has been a computer programmer for most of the last 19 years, and is currently employed by Children's Mercy Hospital.

Brett has been a member of Summit Woods Baptist Church since mid-1998, just a few months after SWBC officially began. 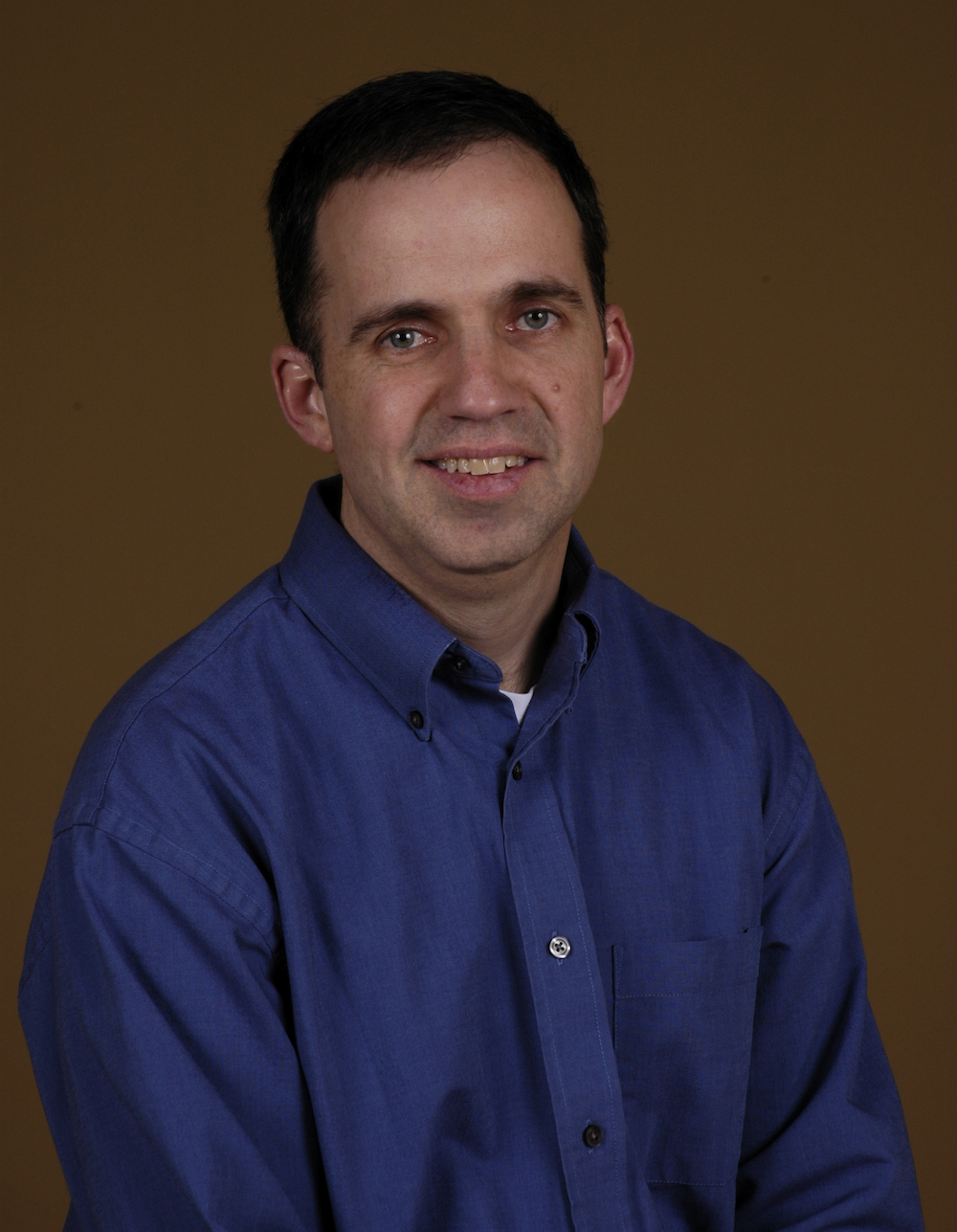 Shortly after joining the church, Brett and Julie began teaching 3rd and 4th grade Sunday School. Brett has also served Summit Woods as an adult teacher, deacon, Awana volunteer, sound man, and nominating committee chairman. He was also part of the group of deacons that helped transition Summit Woods to elder leadership. Brett served as one of Summit Woods original elders, from 2009-2012. Having been away from the elder body for almost two years, he is eligible, according to our by-laws, to serve a new three-year term.

We believe it is wise to have a seasoned elder serving as new elders are coming on and current elders begin to transition off the elder body. Brett will be conducting the mid-service congregational prayer time and sermon Scripture reading during the month of August. The congregation will be asked to affirm his service at the conclusion of our morning worship gathering on September 7, 2014. Brett will be available between Equipping Classes and the morning gathering as well as after the morning gathering for you to become better acquainted with him and to answer any questions you may have for him.

As always, the elders are available to you at your convenience to discuss with you any questions you may have. Please let us know how we may serve you.

Also know that we eagerly invite your recommendations of men in whom you see the qualities of 1 Timothy 3 and Titus 1 and who would serve Summit Woods well as an elder. Thank you to those of you who came to us recommending Todd.

Yours for Christ’s Church,

Preparing for Christmas and Advent 2020

Resources for Sunday - May 31

Resources for Sunday - May 24

Resources for Sunday - May 17